From a thread on The Chainlink: A Chicago Bicycling Online Community begun by David Travis, Richard Avedon's lovely image of Marilyn Monroe posing as Lillian Russell on a bicycle. 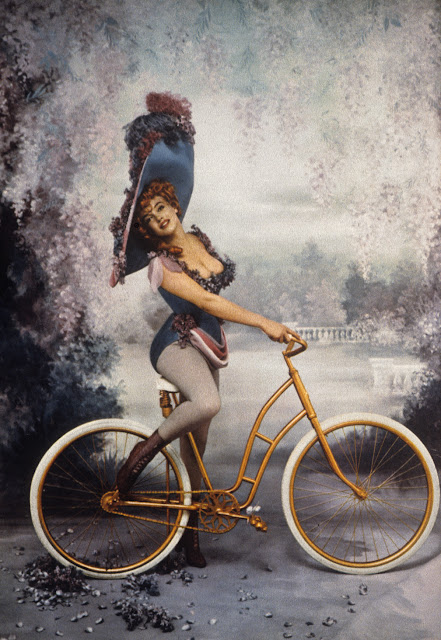 Labor and food historian Harvey Levenstein writes in Revolution at the Table that "Stage star Lillian Russell, 'airy, fairy, Lillian, the American beauty' - after whom America's favorite rose was named - whose hourglass (while corsetted) figure with its ample hips and very full bosom was the late nineteenth-century ideal, weighed about two hundred pounds." Even better, "her enormous appetite was almost as legendary as her beauty." (13)  She apparently also created spectacles of the two-wheeled variety.  Monroe, Some Like it Hot notwithstanding, apparently never topped 140.  She produced spectacles no less beautiful, but of a smaller, more tragic sort.